Experts from allover the world had their say on gender equality in electoral management during the first thematic conference, organised by International Association of Women in Electoral Management (WEM-International) in Chișinău, Republic of Moldova, on October 17, 2017.

More than 80 election experts, gender experts and electoral officials had the opportunity to speak from their experience about the role of women participation in political and electoral processes. Representatives from 9 Electoral Management Bodies (Moldova, Ukraine, Belarus, Georgia, Romania, Kazakhstan, Latvia, Albania and Azerbaijan) stressed the importance of gender equality and reaffirmed their commitment to promote the gender balance in elections. 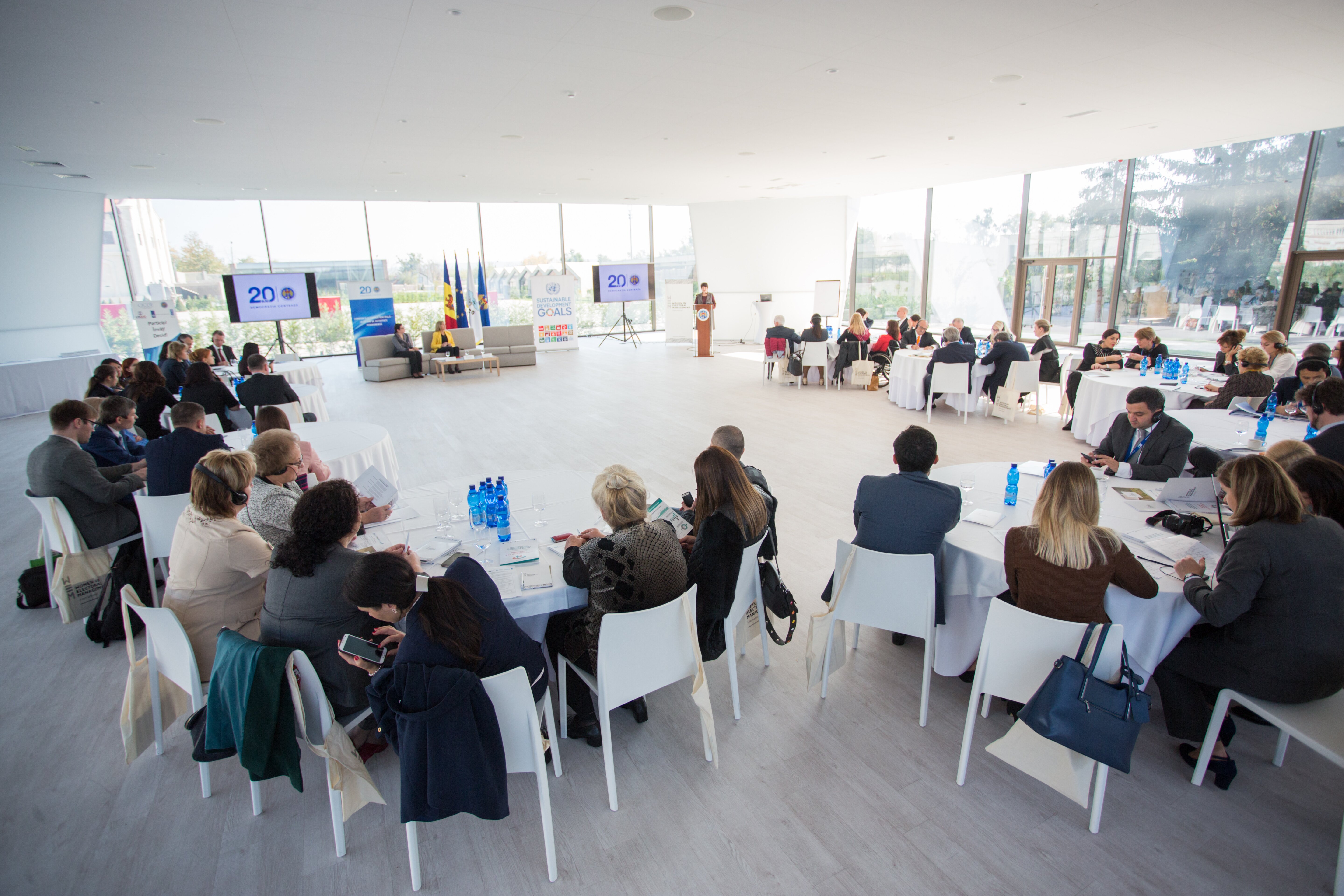 The first opening remarks made by Ms. Valentina Buliga, member of the Parliament of the Republic of Moldova, chairperson of Committee for social protection, health and family, emphasized the importance of women participation in the politics. „This conference is an excellent possibility to raise the awareness of both women and men about the need to include a strong gender equality perspective in election management and processes at national and global levels” pointed out Valentina Buliga.

„I am delighted that the International Association of Women in Electoral Management advances gender equality in electoral processes. Join our efforts to ensure that Agenda 2030 achieves its targets on gender equality and no one is left behind” declared Dafina Gercheva, UN Resident Coordinator and UNDP Resident Representative.

Alina Russu, the Chairperson of the Central Electoral Commission of the Republic of Moldova declared „It is necessary to strengthen the efforts of the whole society in order to identify the opportunities and solutions to increase the level of political representation of women”.

Representatives of Moldovan, Romanian and Georgian EMBs, as well as of international organizations (IFES, Council of Europe) presented their specific actions on promoting equal opportunities in elections.

Later on, a panel discussion lead by a renowned electoral expert, former IFES CEO, Paul DeGregorio, engaged all participants in a discussion about their experience on promoting gender equality in electoral processes.

The conference concluded with aquianting participants about the progress of WEM-International and presented the way forward. An invitation to join the Association has been launch to all present.

The establishment of WEM International was initiated in September 2015 by the Central Electoral Commission (CEC) and the Centre for Continuous Electoral Training (CICDE) by the Central Electoral Commission, with the support of the UN Women in Politics Programme and the United Nations Development Programme (UNDP)„ Improving the Quality of Moldovan Democracy though Parliamentary and Electoral Support”, financially supported by the Government of Sweden and Norway.

The goal of WEM International is to mobilize electoral management institutions from its member countries to trace and implement real commitments in the area of gender equality and to promote equal chances of accession to all decision-making levels in the political, economic and public life for both sexes.