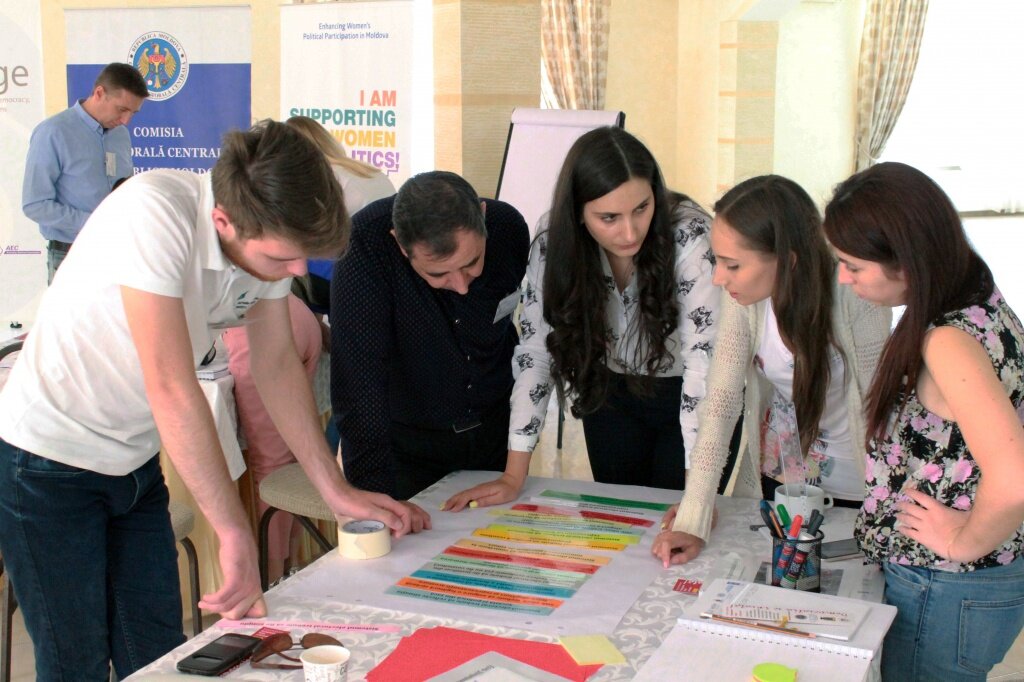 In Moldova women account for 22.8% of MPs in the national Legislature. In April 2016, a legislated 40% gender quota was introduced for the political party candidate lists at the Parliamentary and Local Elections. The law does lack placement provisions, which means that women candidates can be placed at the bottom of the political party candidate lists for upcoming elections. The first-time implementation of the quota has been planned for the 2018 scheduled Parliamentary Elections.

In 2017, the Republic of Moldova launched a process of electoral reform that envisages a transition from Proportional Representation (PR list) to a mixed parallel system in which 50 Members of Parliament (MP) would be elected in Single Member Districts using the First Past the Post (FPTP) system, and 51 through a closed lists PR system. In early May 2017, the Moldovan Parliament voted in the first reading on a draft law in this regard which was sent to the Venice Commission for their recommendations. The Venice Commissionand the OSCE Office for Democratic Institutions and Human Rights (OSCE/ODIHR) issued a Joint Opinion on the draft law on June 19, 2017. The effectiveness of the gender quota without any placement provisions is questionable as such, but if the electoral reform will be implemented the gender quota, as it is at present, will be applied only for the PR component of the parallel system. 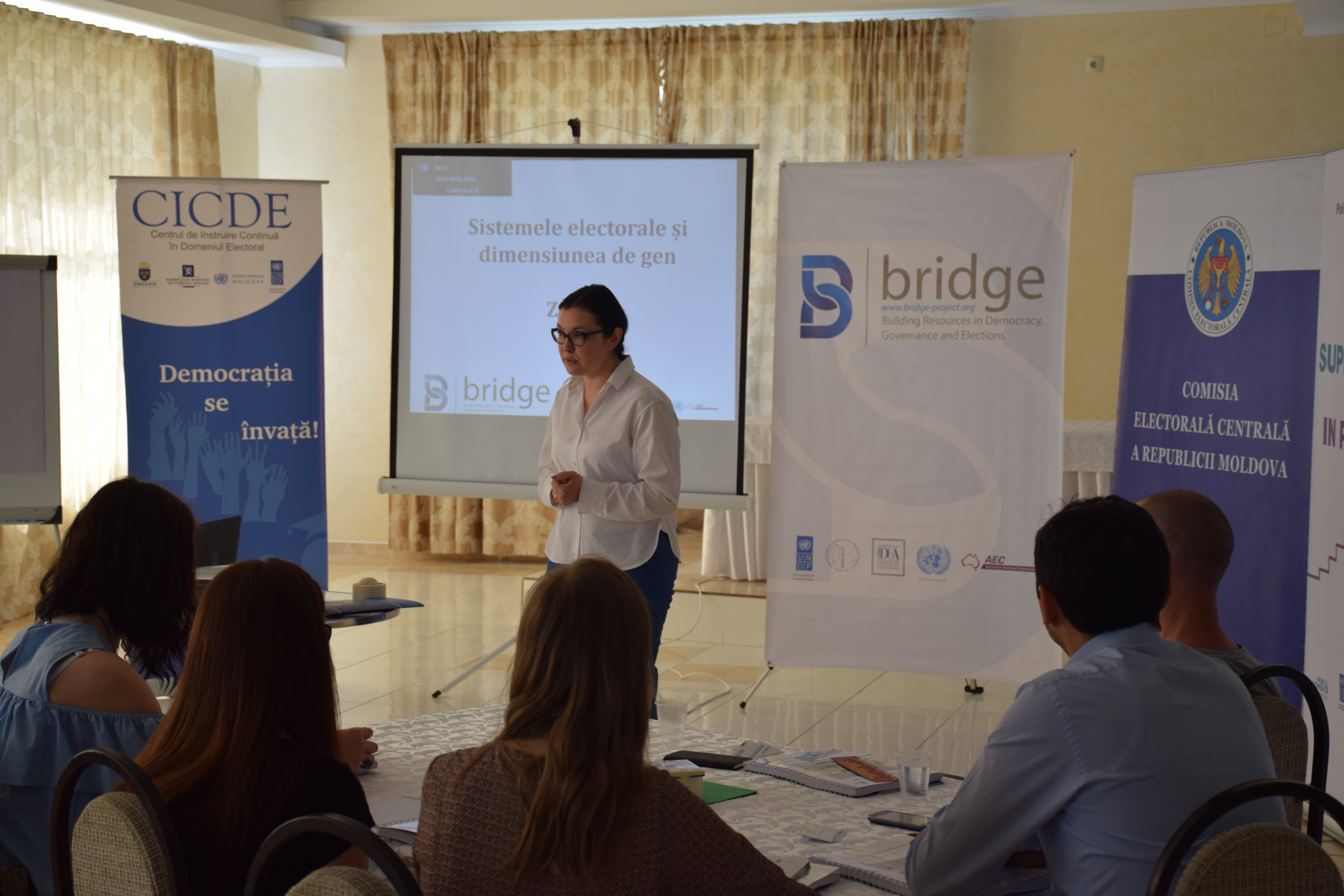 There are intense debates with respect to the proposed changes of the electoral system in the society, while the level of understanding regarding the prerequisites of the new proposed system and its implications for all the stakeholders of the electoral process seems disproportionate. Taking stock of the situation, the Central Electoral Commission of Moldova and the Centre for Continuous Electoral Training undertook swift efforts to inform people in a nonpartisan and inclusive way about all electoral systems, especially in regards to considerations of gender equality - an area where both organizations are best practice examples in the region for the last years. Therefore, a series of workshops on Electoral Systems and Gender Perspective have been organized in Moldova. Between May 30 - June 11, 2017, two three-day BRIDGE workshops for political party representatives and two two-day workshops for mass media and civil society representatives were organized. In total, 69 participants – 45 women and 24 men took part in the trainings representing 11 CSOs, 10 political parties and 8 media organizations. 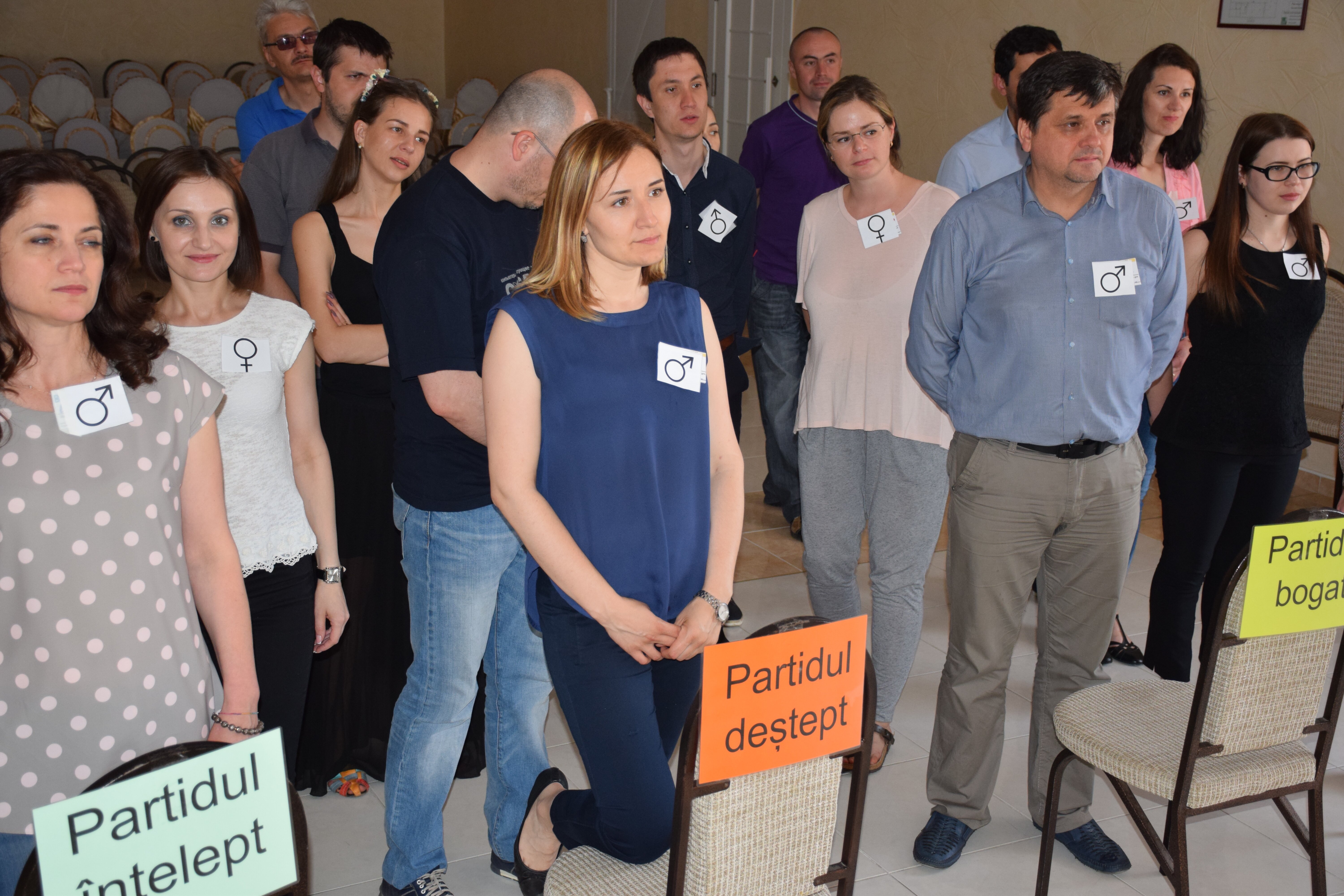 The participants were familiarized with the BRIDGE methodology and had the chance to explore in depth the main types of electoral systems, as well as the recommended Temporary Special Measures (TSM) that can be applied under each system to advance the representation of groups under-represented in politics and decision making such as women. 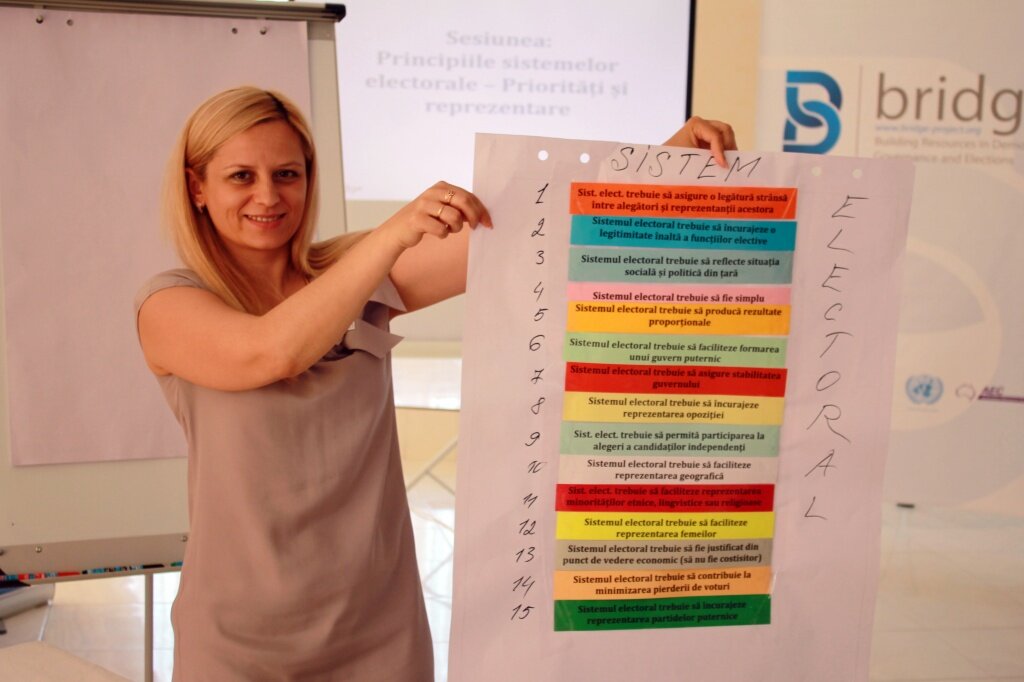 The participants evaluated the workshops very positive stating that they have considerably improved their knowledge on electoral systems and gender equality. Here are some of the comments from participants:

“I would like to highly appreciate the methodology you have used. You have succeeded to concentrate in two days around 70% of information I have passed during a semester at the university,” declared one participant.

“During the first half of day one, I thought that the course is rather simplistic. On the second day, I changed my opinion completely. I understood that this is the best way to organize it, because if we had started with the complex information from the beginning, you probably would have lost us. I would like to congratulate the facilitators for the good job they have done,” said another participant. 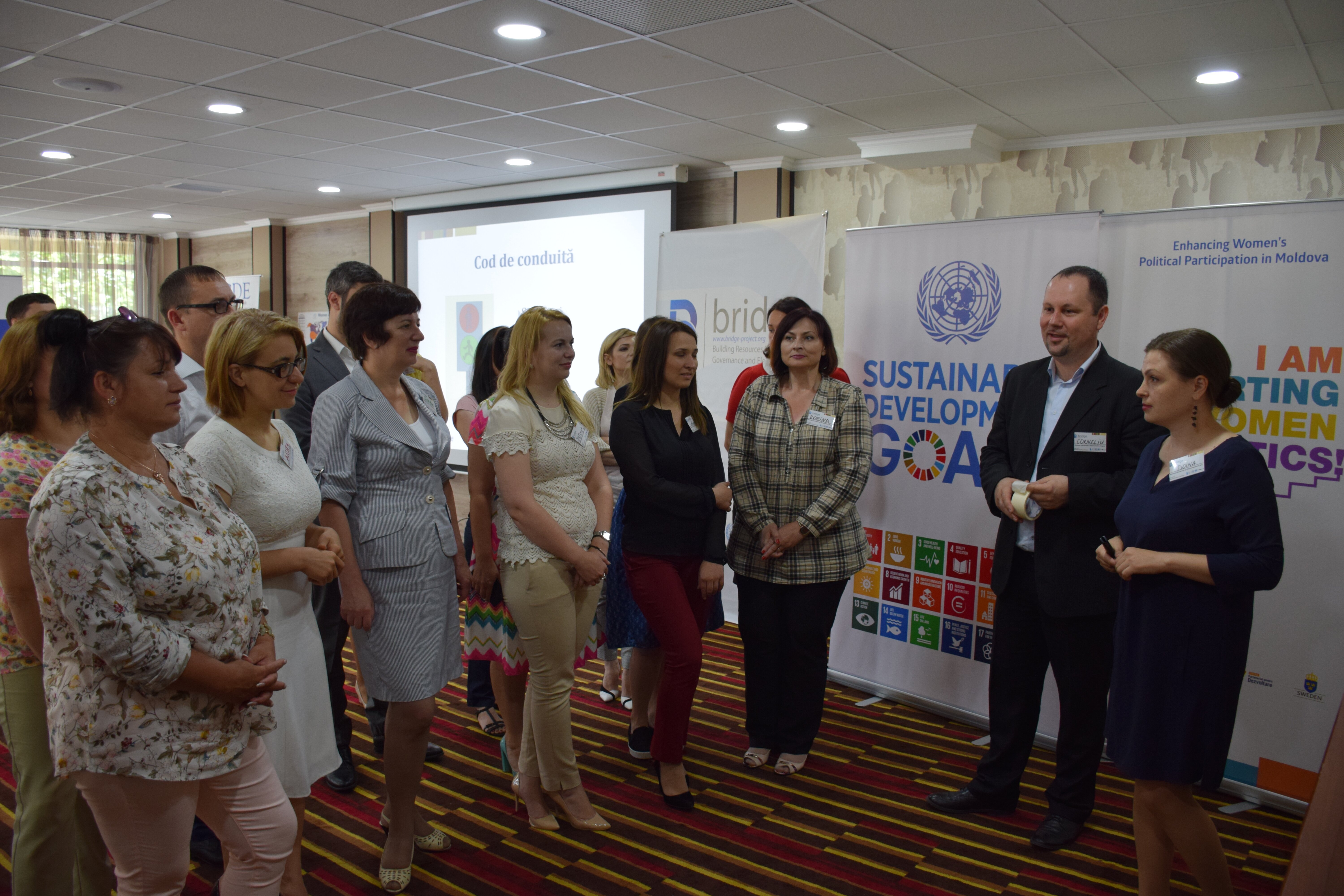 The workshops were organized as result of a joint effort of the Central Electoral Commission of Republic of Moldova and the Center for Continuous Electoral Training, in partnership with the International Association of Women in Electoral Management (WEM-International), with the support of “Women in Politics” Programme implemented by the United Nations Entity for Gender Equality and the Empowerment of Women (UN Women) and United Nations Development Programme (UNDP) with financial support from the Government of Sweden.

The working language of the workshops was Romanian.